This!!! For the Love of horror! 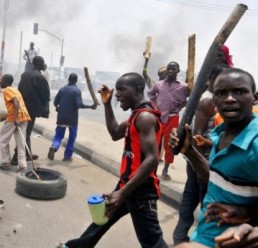 Following the outrage of young Nigerian writers on social media, and a report by Daily post, Pandemonium struck in Wambai area of Kano State, Nigeria on Thursday after angry Muslims youths allegedly beheaded a female trader over allegations that she blasphemed Prophet Mohammed.

Here is Daily Post’s report of the horror.

Below is also one of the near-fictional stories it has evoked. Victor Enesi, a young Nigerian writer has given a deeper perspective of the happening, carefully relaying the horror in relatable terms and with familiar names.

The outrage didn’t stop with the fiction writers. Secular voices on social media have also used this barbaric mob-action to call-out the ‘evil’ of religion.

Obinna Aligwekwe goes on to relate the horrendous act with the activity of terrorist group- Boko Haram, and offers a way out of the quagmire.

In all the outrage, the wise words of Chinua Achebe in his book- Things fall apart, was aptly brought in to put a red-cap on the matter.

It occurred to me, as I watched this film, that being buzzed does make for a better viewing experience. I even toyed with the idea to do something like Matt Bellassai’s Whine About It series on Buzzfeed but instead of complaining about life in general, I’d get drunk and review films. Thoughts? Anyway, for this … Continue reading Intruder (1989) Review 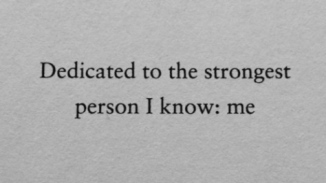 END_OF_DOCUMENT_TOKEN_TO_BE_REPLACED

But now, words have left me out to dry, END_OF_DOCUMENT_TOKEN_TO_BE_REPLACED